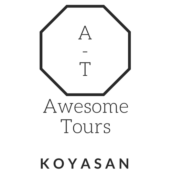 When you book with an account, you will be able to track your payment status, track the confirmation and you can also rate the tour after you finished the tour.
Sign Up
6686

*It is the most suitable as a special experience for your valued guests or a tour for day trippers. Discount will be available for parties.

[Special fire ritual]
Mystique of the fire which has continued over 1,200 years in Koyasan

①Specially “Gomakito” prayer, which originated in India during the first millennium A.D. and has been continued for over 1.200 years in Koyasan. You can see postures of priests and flaming up “wisdom fire of Buddha” at only a few meters.

②Enjoy the healthy as well as luxurious Shojin-ryori (highest grade course: including local specialty of sesame tofu)  based on Gomi, Goho, and Goshiki (five flavors, five methods, and five colors) at the hall of the temple in Koyasan.

It has been said that Bishamonten, which is the principal image of Gomado Hall, was made by Kobo Daishi Kukai. Bishamonten, who was one of the Four Devas or one of the Seven Deities of Good Fortune, gives inexhaustible blessings to those who believe in him.

It is renowned for its ability to fulfill various wishes of worshippers such as prays for prevention of disasters, happiness, prosperity including longevity or matchmaking etc., for correcting wrongdoings, for eliminating bitter enemies, a peaceful world of respect and love for others, or for inviting various Buddhas, good spirits, or someone you love.

In other words, Shojin-ryori is a cuisine which does not use any meat or fish, called “Namagusa”. It tends to be seen as simple meal just with vegetables. However, there are lots of dishes on the lacquered tray with luxurious appearance.

The origin of Shojin-ryori of Koyasan came from “welcoming meals.”

This meal has been inherited as the tradition to serve meals with appreciation of coming for parishioners visiting from all over the Japan including visits of the imperial family or feudal lords from the Heian era.

In general, it is said that the basics of Shojin-ryori are Gomi, Goho, and Goshiki (five colors, five methods, and five colors) in Koyacho. Gomi are soy sauce, vinegar, salt, sugar and pungent tastes. Goho are not cooking, simmering, grilling, frying, and boiling. Goshiki are five colors, that is, to dish up food in a visually pleasing manner. In addition, there is unique characteristic of Koyasan called “Gokin (five prohibitions),” and determines which ingredients should not be used in meals. Strong scent vegetables such as leeks, scallion, garlic or ginger etc. cannot be used.

By the way, there are no fields of rice and other crops because Koyasan is in limited narrow land on the top of the mountain. Therefore, necessary vegetables for Shojin-ryori had been provided by sharing out offered ingredients of farmers around Koyasan to Okunoin etc. This had been continued until the beginning of Heisei era. Those kinds of ingredients let the mind to cook and to eat with great care stir up naturally. This is one of the food cultures which have been supported by faith or people.

An extra charge of 11700 JPY per person will be charged for 2 or more people. 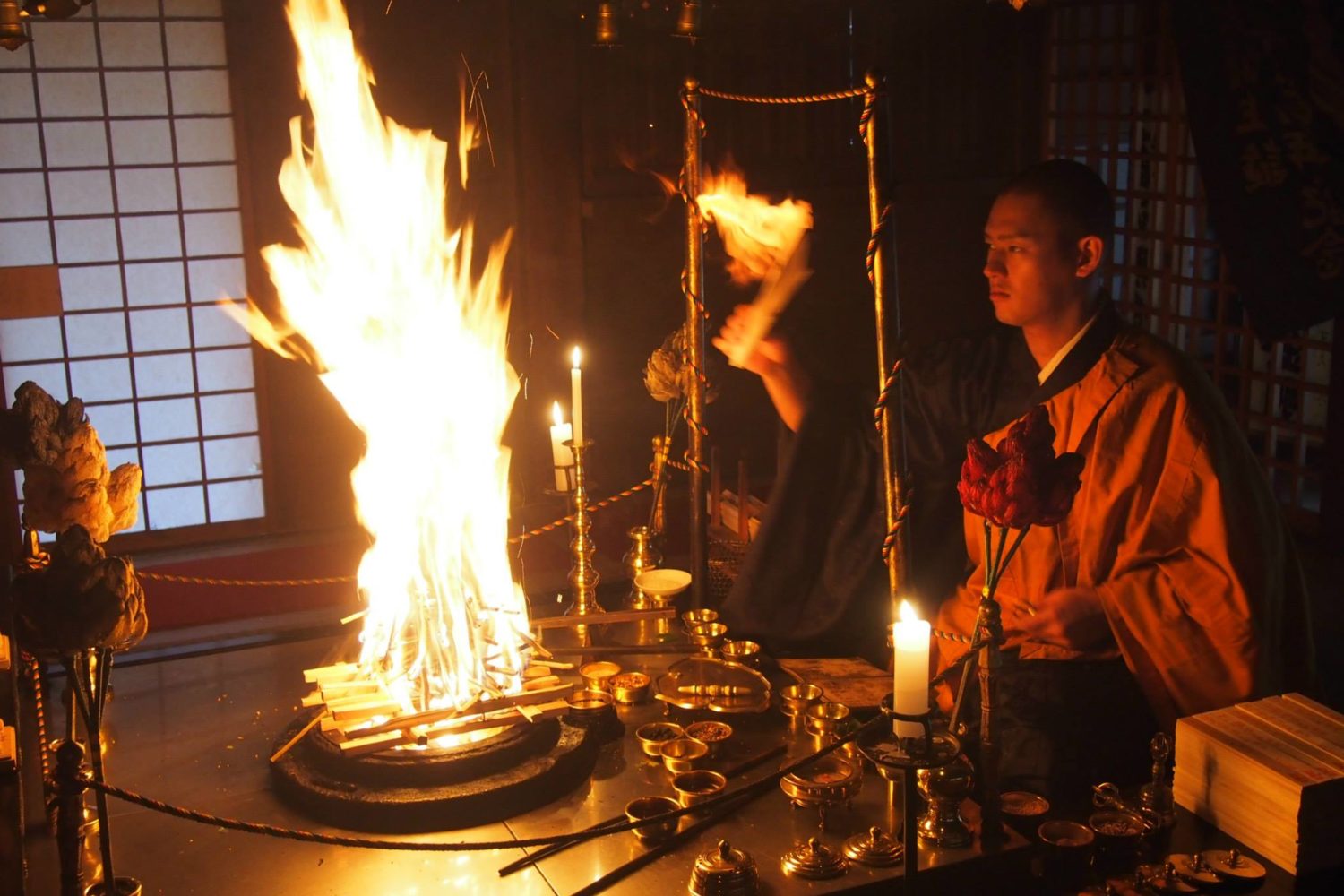 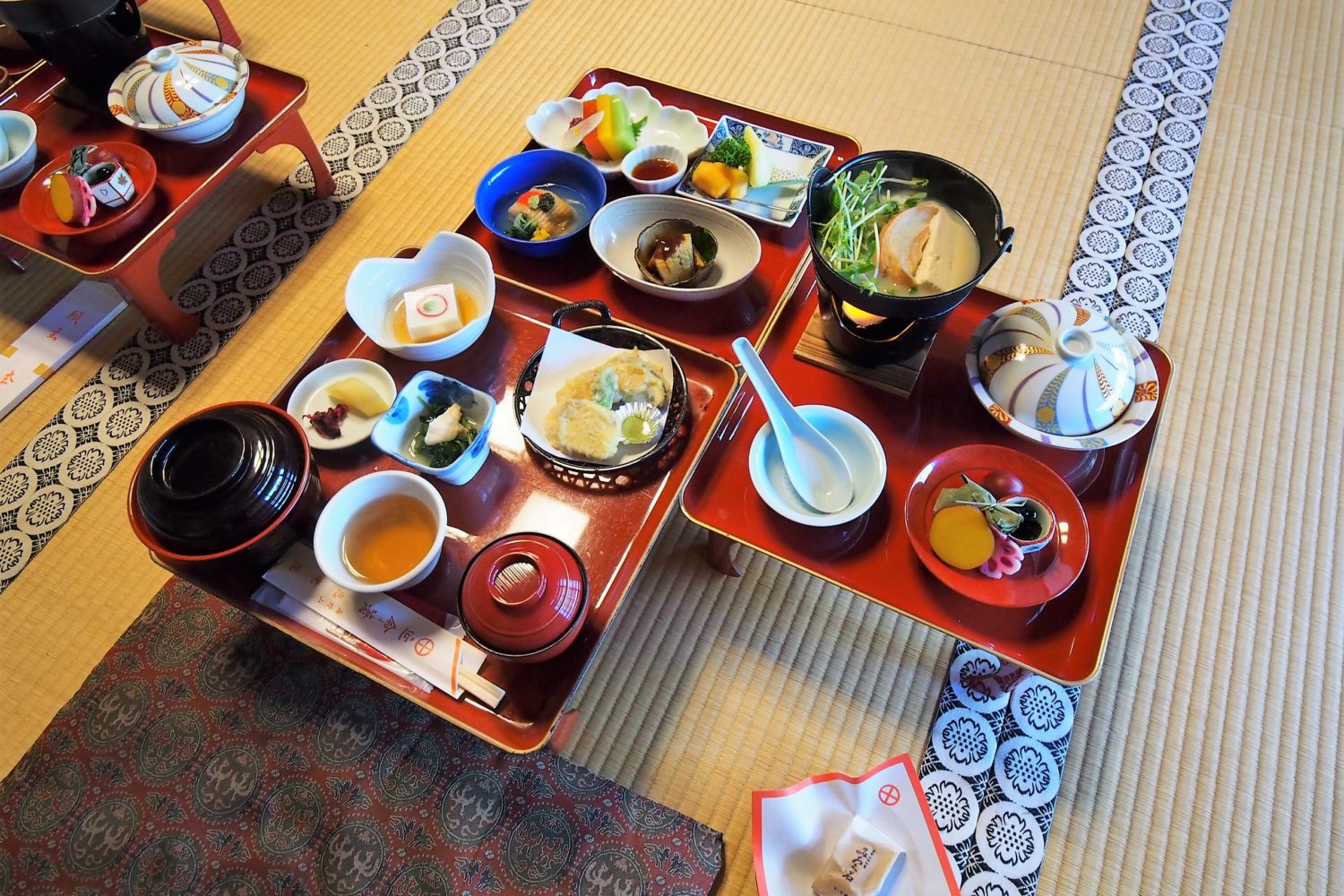 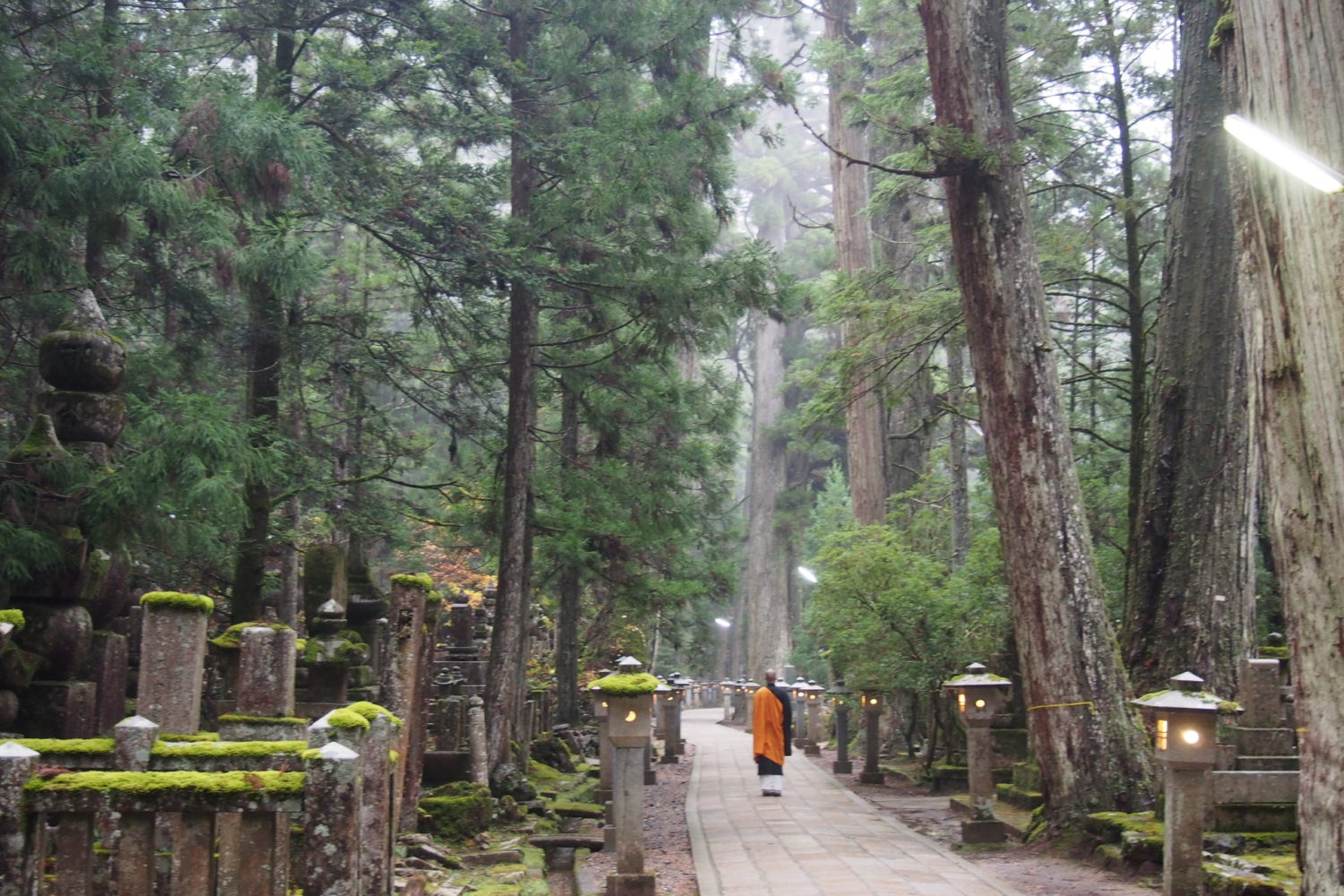 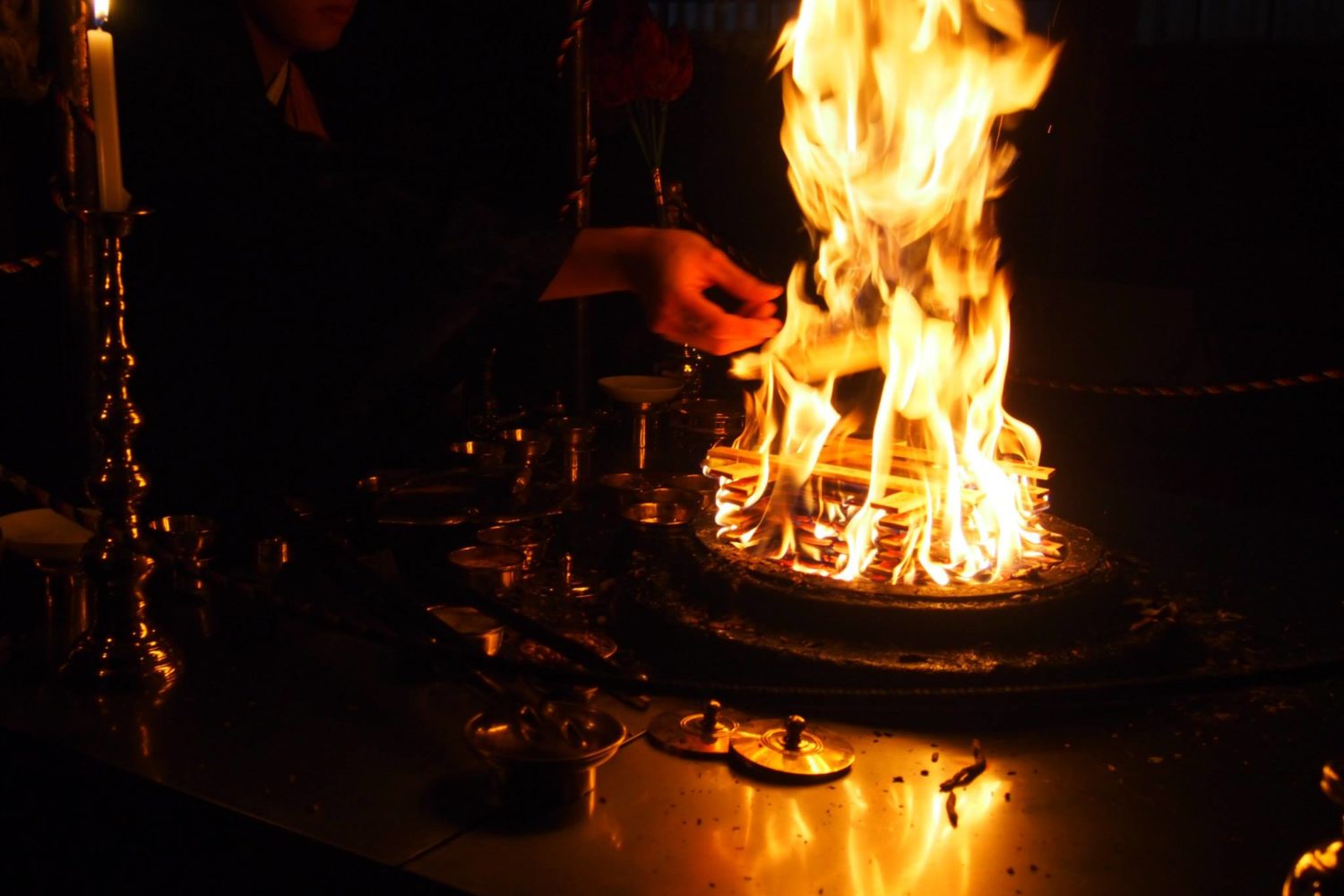 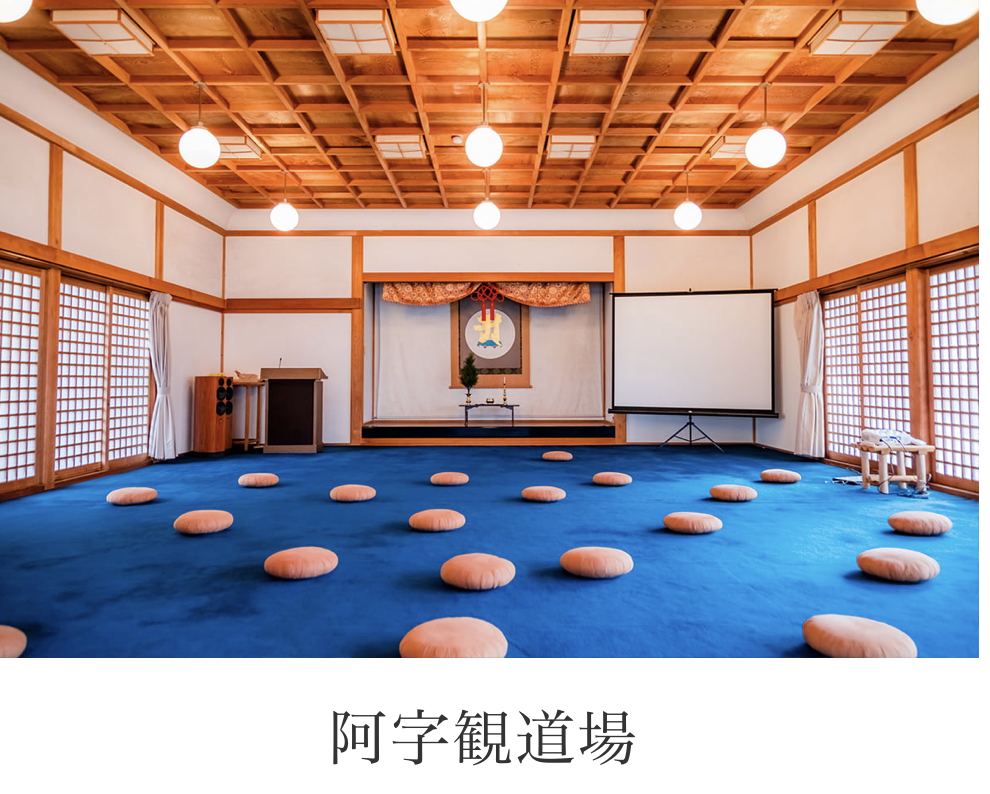 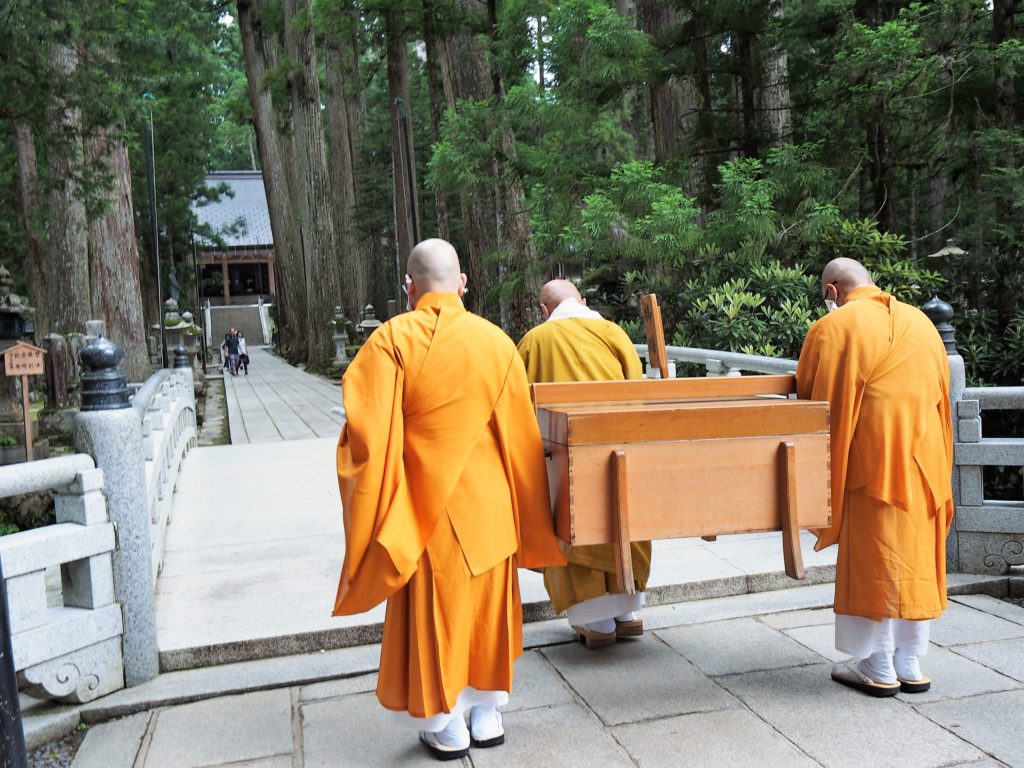